It won’t be hard to recognize this racket on the market because it is the famous yellow and black striped Babolat frontrunner. Does Rafa come to mind for anyone? Maybe even Caroline Wozniacki? This racket has been dominating the game for quite some time regardless if you’re one of the big superstars mentioned above or you are just a local club player.

This racket has something to offer everyone. It has the standard head frame size of 100 square inches and, likes some of the other Babolat rackets, an incredibly high stiffness rating. Its swing weight puts something behind the racket at 327 and incorporates some of Babolat’s new technology to counter the ball from flying to the next town.

Here are the specs and dimensions of the Babolat Pure Aero Tour.

If you are looking for some serious mass behind the ball, then you have come to the right place. The Babolat Pure Aero tour comes in at a hefty weight of 335 grams. This puts some serious weight into your shots, but because of the lighter swing weight of 327 and a 6-point headlight construction, you won’t actually feel like the racket is weighing you down. 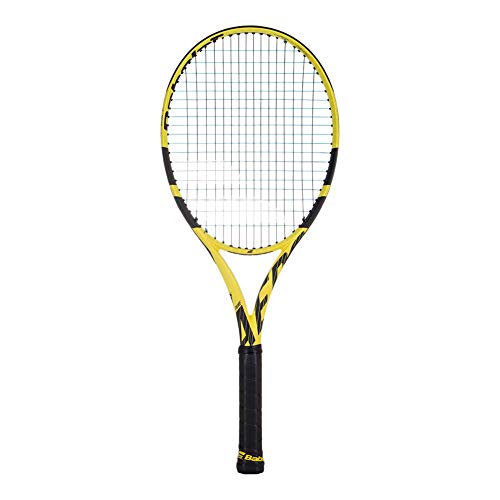 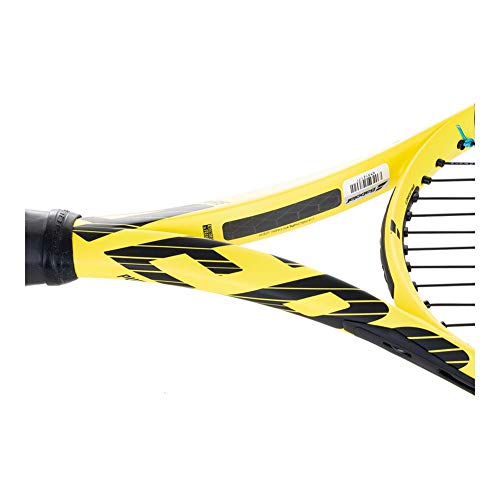 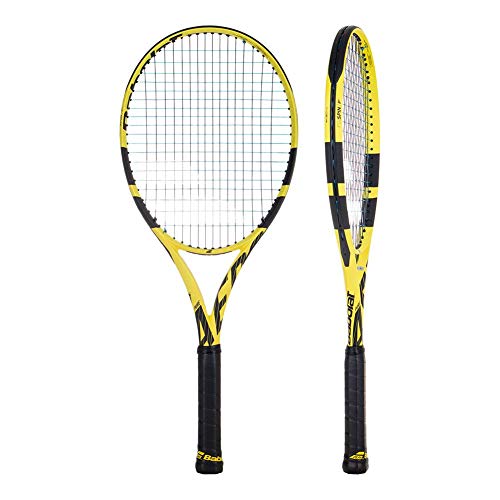 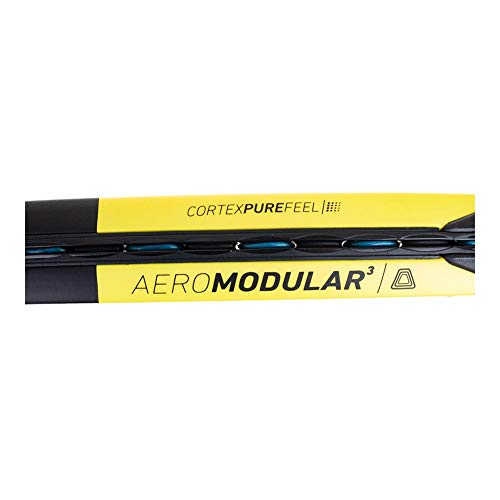 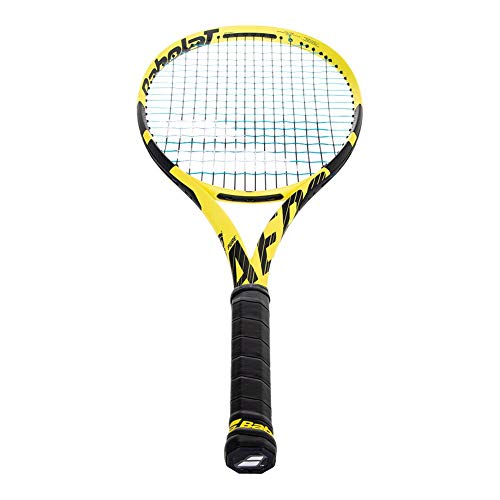 This weight balance offers good maneuverability for the racket while also providing that stability that many players have felt they have been missing in some of their previous versions. The stiffness of the frame amps of the power, but the cortex technology gives the option to put heavy-weight topspin shots in the court each time. This brings the ball back and provides some peace of mind when hitting the ball.

One thing we don’t always get into in the reviews is the return of serve. Today this is something we need to talk about in the serve section because of the way the racket performs. Let’s get into some of the specifics because there is a reason that everyone loves this racket.

If you are the type of player that relies on big ball striking, then this could be the racket for you. The easy access to power comes from a stiff frame with a heavyweight. But most people don’t find this racket intimidating to control because the distribution of the weight allows for light maneuverability for the most part. This allows for wrist whipping tendencies and the ability to procreate some spin.

Because of the stiffness, players also worry about the joint issues that could potentially come with the vibrations on contact and the racket’s weight. But it has a light swing weight making it feel easier than it really because it’s put mostly into the handle. And the mass behind the racket actually provides more stability and less vibration than a player would normally think this type of racket would have.

If you are a dictator from the baseline and are looking to put away some really big forehands, this racket won’t have any issue in assisting you. It creates a very heavy ball on its own, and the right player will be able to control it and add to that benefit.

This Babolat Pure Aero Tour has no problem with punch volleys and getting into position quickly because of the maneuverability. This is great for those who are already at the net and get the quick put-away volley. The racket’s stability due to the mass made it easy to feel like there was no push back from any big shots.

Touch volleys, slice, and drop shot performed reasonably well with this racket as well. While it is not the best option out there, it is certainly not the worst. Players may have slight difficulty when trying to grab a volley stretched out or on the run if they don’t have soft hands themselves because of the access to power and less absorption in the string bed.

It’s no surprise here that the racket absolutely dominates the serve. This is a powerhouse racket meaning it was made for aces and out serving your opponents. Something that was pleasantly surprising to users was also the access to spin-friendly serves like the kick and slice. Because of the mass that is created from the groundstrokes, they found similar results in the serve giving something extra to those who need it.

Something that needs to be mentioned here is that maneuverability is the hardest when it comes to returning serve. Some users actually found the racket to be either too hard to get into position or too hard to control upon contact. This is not uncommon with heavier rackets because you’ll need something that absorbs a little more instead of cracking it right back.

Babolat is always known for its power moves. This racket in itself is definitely a power move and can win points easily off the serve and from the baseline because of its amazing access to power and its spin-friendly setup. For those who don’t need any more help with power, this racket may be a little more difficult to control, especially when it comes to returns. But for those who need a boost behind the swing, this certainly will do it.

While the racket can be traditionally said to be a baseliners racket, it doesn’t perform poorly for a doubles player or an all-court type of player. It can set up the point quite nicely from the back, and if you have decent enough hands, it will help you finish it from the front if that is what you are looking for.

Overall, this racket is popular among many players at all levels because it is fun to play with and easy on the joints.